Asgard Engineering is a specialist manufacturer of precision engineering parts. They specialise in CNC precision turned and CNC machined parts for a range of industries – including the nuclear, aerospace and food industries. Due to the specialism and technical difficulty involved in their manufacturing processes, there was a degree of oil contamination on their existing floors. Asgard Engineering needed a floor that could stand up to potential future oil contamination, as well as be easily cleaned. The floor had to be anti-slip, and look clean enough for when visitors were present in the factory. 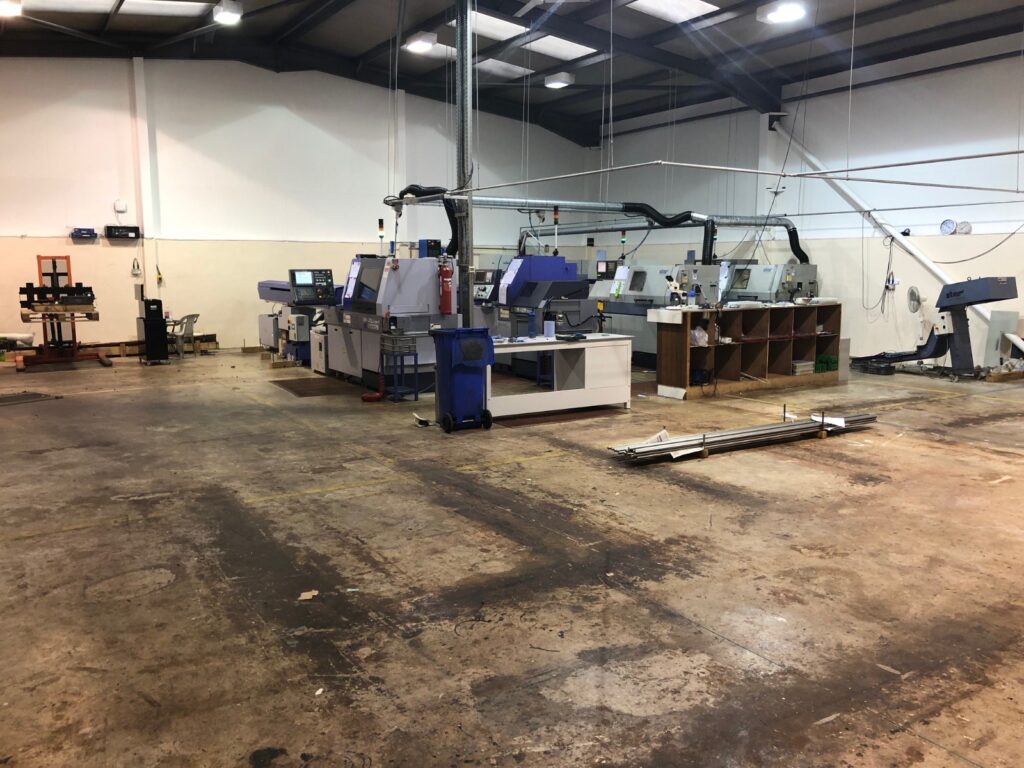 Setting up the new flooring system took a little preparation. Due to the presence of oil contamination, we needed to mechanically abrade the surface. This was done to remove as much oil and dirt as possible, so that the new flooring system could be laid without any contamination. After the area was cleaned and prepared, we applied an oil tolerant primer. This meant that the area would be ready for the anti-slip resin topcoat. It would also stand up to future potential oil contamination. 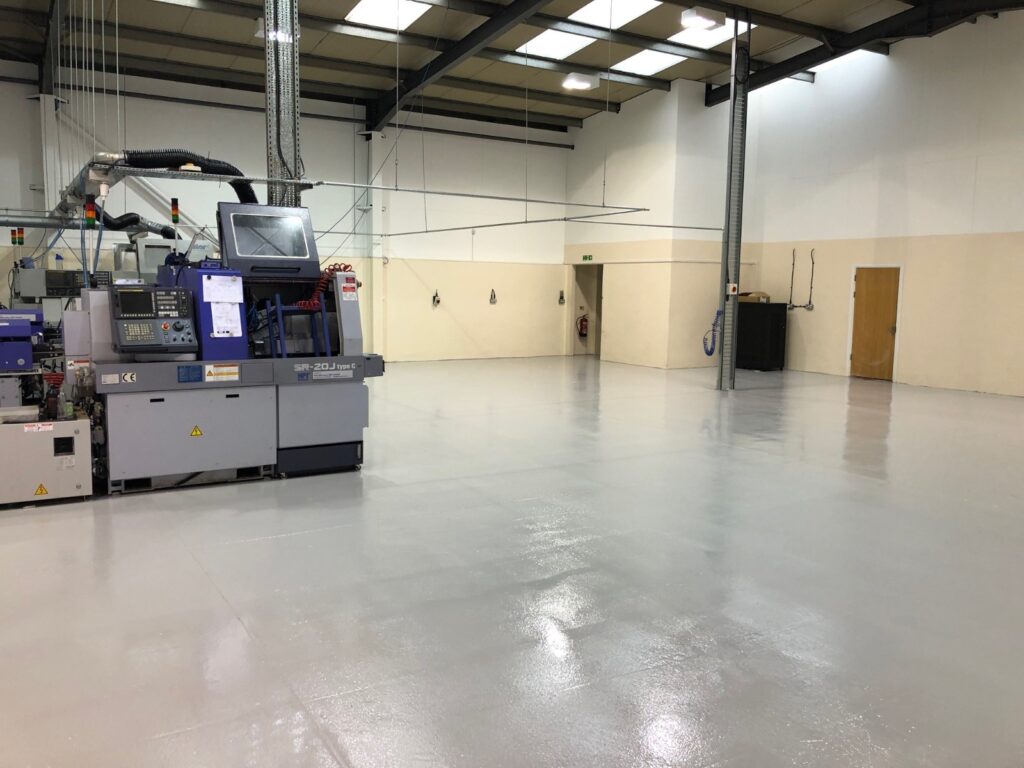