A South Western Hotel chain contacted Maintenance Supplies Contracts Ltd to get the next kitchen floor done after the success of the last contract. This current floor in this kitchen facility was an exhausted, drab tiled floor in the kitchen. It was decided that a polyurethane screed would be the best product for such an environment. In order to lay a floor with a fresh looking finish that was built to last, the tiles would have to be removed first. 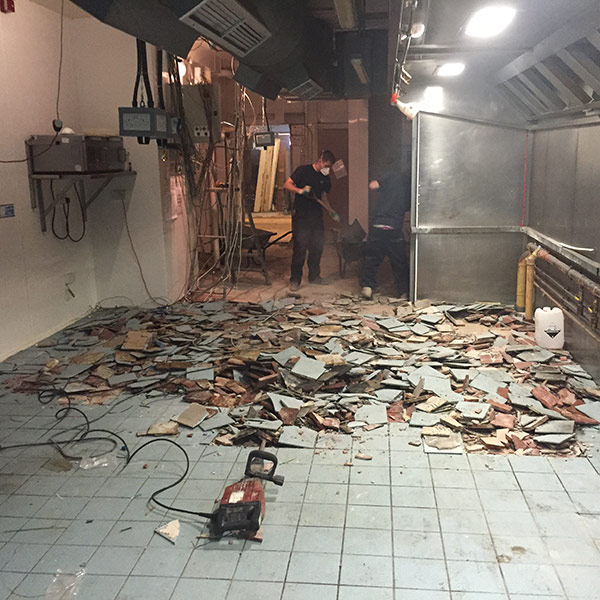 Maintenance Contracts Ltd operatives set about removing the current tiled flooring using Hilti 905 Breakers. Beneath the first layer of tiles were in fact two further layers, and in places the concrete was broken up and needed to be removed. A drain was fitted and a pump screed was then installed to infill any holes and to create a level surface to lay the final blue resin floor on top of. The surface was primed and a trowel-applied Polyurethane resin screed was laid to between 6mm and 9mm. A Resin Coving detail was installed around the perimeter of the kitchen. 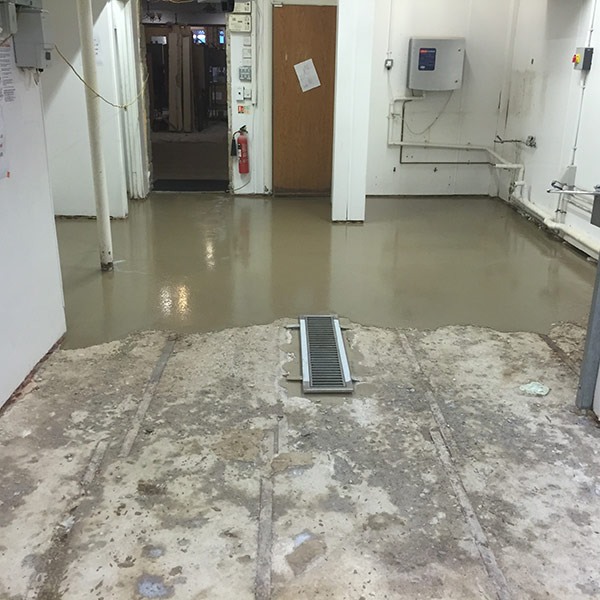 The surface was ready for light-traffic after 24 hours, at which time the staff announced that they were delighted with the finish as well as the professionalism shown by ourselves throughout the job. 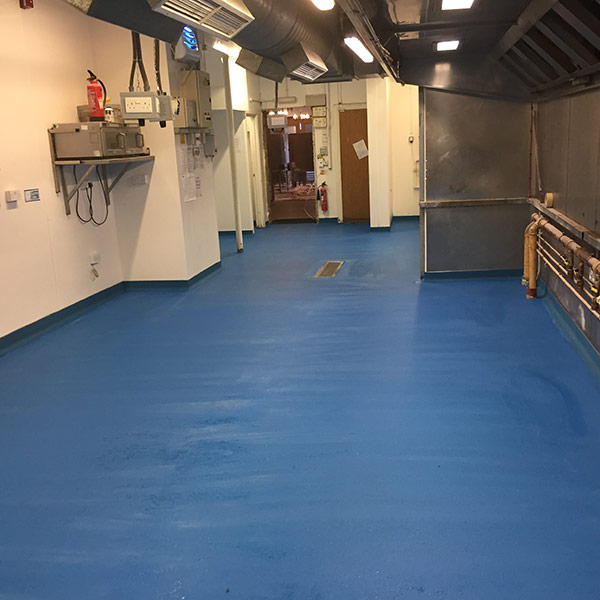